I feel compelled to write about a unit of work just completed with a very talented stage 5 class despite the fact that I’m aware it wasn’t quite perfect. The reason for this is because it had so many good points that you can’t guarantee when you set out: self-motivated students, community and collaboration, a real-life, engaging final product and serious wow factor.

The unit was an expansion of one I developed a while ago. Students begin by learning simple film composition skills in Sibelius, based on the 212E Teaching Film Composition course that I wrote for Sibelius 5 3 years ago. There are resources and tutorial videos here if you’d like to use the course in your own teaching (the process is identical in Sibelius 6 and 7, although you’ll have to dig around the ribbon a bit in Sibelius 7). You can download the courseware to go with the videos here (if you’re going to give it to students, I just print from page 7). The skills they learn are to do with creating hit points (aka cues or markers) on the score and then timing the music they’ll compose to fit with those markers.

Alongside that we do the usual study of film scores. Music and mood. Motivic development. Diegetic and non diegetic sound. I love to do Star Wars, but that shows my age (and maleness somewhat), so I’ve found a few other films to balance that. This year I tried to flip that side of it by inviting the class to speak about development of a theme or motif in a film they liked. Since about 90% of the class chose Harry Potter, they were able to club together and talk about motivic development across films – it was impressive.

Oh, I should also mention that we begin by learning those same composing to video skills in GarageBand. The rather wonderful Nick Lane and I made tutorial videos to help students do that stuff and you can help yourself to those here. 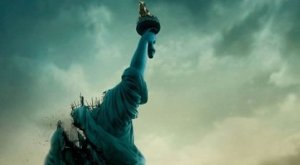 The culmination of all of this has always been to score the film trailer to Cloverfield. Why choose a scary monster-attacks-New-York movie? Well, because it’s big time hollywood (looks fabulous, has great mood contrast to match with music) and no soundtrack on it already!

You can see where this is going, I know. The year 10 class in question this year are brilliant. Not just well polished performers who’ve been drilled since Kindergarten: these students are thinking, creative musicians. In year 9 I arranged Reich’s Variations for them to perform because we were studying minimalism; in year 10 it’s Purcell’s Dido and Aeneas. So I bring out the “now you’ll write a soundtrack for the trailer” line and one student says “just the trailer?”. I love it. “You can do the whole film, if you like, that would be great!”, I say, and before they know it we’re brainstorming how that could work.

And here’s how it works

Working independently and together

While the students were reluctant to share much of their ongoing work, one left and one was new and didn’t feel up to the project, so I said I’d do those two sections, and this gave me a great opportunity to share my work as a model for what could be done with the material they’d written. In addition, the more enthusiastic students delivered their Sibelius files early, so I could share what they’d done too. This served to spur them on.

After stitching the sections back together I booked the “cinema” space at school, which is a room with a data projector which can be completely darkened. We brought popcorn and watched the work with the wonderful playback from Vienna Symphonic Library. I’d love to share it with you complete with the film, but obviously that would create a few copyright issues, so instead here are a few excerpts from the soundtrack…

If you have purchased a copy of Cloverfield and would like to watch it with the entire soundtrack created by this class, you can download it here (email me if you need to know how to sync them – shouldn’t take long in a decent editing program).

So, we had great outcomes, engaged students and lots of independent learning. What were the weaknesses? First, you can’t pick a film that all students would like, but this one is far from ideal because of the content (they’re at the bottom of the age group for its certification). This wasn’t a problem with the trailer, but with the full film it was a problem. So I need better material – but it’s virtually impossible to get high quality high energy Hollywood footage that doesn’t already have John Williams dolloped all over it. 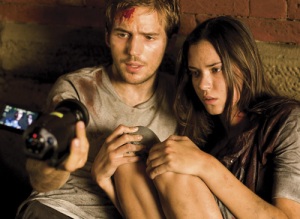 On the day that we watched the film there was a great energy in the room and some genuine moments of startled awe at hearing each others’ work or hearing their own work with the professional quality Vienna Symphonic Library samples yet three students didn’t watch it, choosing instead to look at their laptops – including one of the brilliant young composers whose work is sampled above. So engagement even in the cinema setting wasn’t complete. Maybe it never is.

The final possible flaw is how much work it involved for me. Now actually, I was and would always be prepared to go the extra mile to make something this good happen, so this relates to the last two points. Would I feel comfortable about 2 days of mastering and an all night session of syncing if the material were a little more appropriate and the students as committed to the project as me. Or does it not matter?

To conclude, I figured there was only one way to find out answers to these things that were bugging me, and whether the students really felt they’d got what I hoped they’d got out of it – ask them. So I made a Google form, and invited them to submit anonymously (although a few chose to tell me who they were in the context of their feedback). Of the 21, 9 submitted feedback. Here is a selection of questions and answers (I’ve carefully represented the balance of positive (majority) and negative):

I thought it was fun to make and I liked how we got to watch the end product. I really like this topic.

Yeah, but it was a bit gory and scary.

I quite like the scary/gruesome parts of the film, just because they were the most interesting.

Whether you liked the film or not, was it good for the project?

It was not bad, everyone was able to produce a soundtrack according to what they got successfully. However, most of the parts were repetitive as most of the time, the characters were running away. Perhaps a movie with lots of different scenes/moods would be better for more variety 🙂

I think it was good for the project but I would of preferred a movie that was family friendly!

Yes, It was amazing to compose to because so much could done with it (well my bit anyway)

Did you feel you learned a lot about film composition and motivic development?

Not so much I didn’t really apply it to my composition.

For the term? Yes. Through the film? No, not really.

Do you think the project should run again for the next class in 2012? Why?

Yes, because it is a fun little project that is essentially a job someone in music might like. Also, it gives the students an opportunity to explore writing motifs and developing them, which is important in any sort of music writing.

Yes. They will get a lot of enjoyment out of it. It was the best topic this whole year.

Yes, definitely, because it is a great way to do a project (because it’s enjoyable and fun) and because its an innovative and subtle way to see other class members’ compositions.

What’s your overall feeling about the project? Anything else you want to say?

I feel that it is both entertaining and educational.

I REALLY WANT TO DO THIS SORT OF PROJECT AGAIN! 🙂

I like the project, but I had to put in music for a disgusting part of the movie so that wasn’t so good. Otherwise, the project was pretty awesome.

I enjoyed this project a lot and personally this was the first time i’ve done anything with movie soundtrack (apart from the ice age one) and it was better than i thought!

I think they summed up all of both the positive things I felt we got out of it and a few of the things I felt could be improved. So, I need a better film for next year. Suggestions in the comments for this blog, please!

One thought on “Stage 5 Film Project”