My new work Waterside Adventures is part of a larger scale work titled say not men for we know they are boys and was composed for the 2015 AMIS Asian Honor Boys’ Choir Festival in Beijing, from where I write. The text was written by my dear friend, the incredible Robertson Fox. 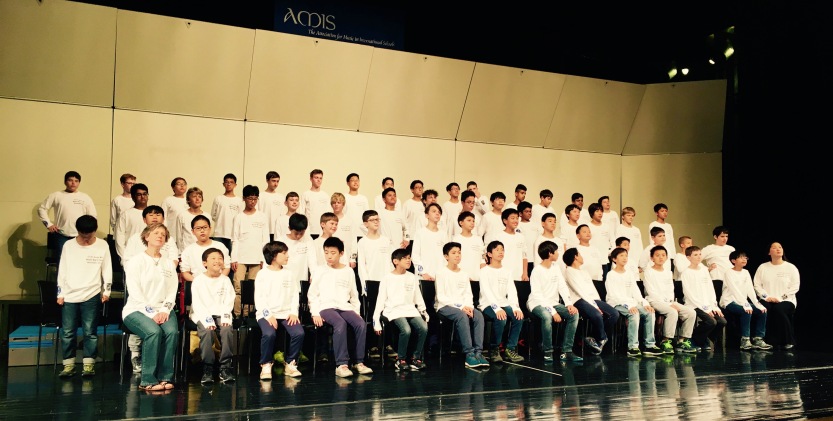 The amazing Elisha Keen created a mock-up to help the boys learn it. Waterside Adventures has a quite different meaning when performed on its own – a naive, innocent adventure – without the context of the outer sections (which I will definitely finish setting in 2016!), a commentary on boys’ involvement in war. 2015 seemed a good year to be thinking about that.

Dad he lent me his pen knife

(I’ve promised it back).

Whet on cobbles with spit

we carve from old driftwood,

guns and rifles and staves

down here by The Rocks.