We began our first lecture with half an hour of singing. We began with some warm-up scales to the 9th, which we did in canon and held notes to create chords and progressions. All by sign language – do, don’t talk. Students will turn off if you talk. 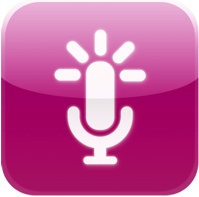 Then we sang Bella Mama as a round, and I ran AudioBoo on my phone which makes a recording and uploads it to their site. So by the time we started the next round your performance was online (click here to have a listen).

Finally we sang my Drone & Chant, the resources for which you can find in the blog before this one (scroll down, in other words). At first we put a beautiful manly drone at the bottom (complete with some rather attractive harmonic singing) to sing it over… and included some excellent improvisation in A natural minor.

Then we tried it with crazy electronics. Later at the start of the tutorial you downloaded the GarageBand file and tried the improv in there. The point of this was that the more “traditional” performance and composition task had now transferred into a ‘safe’ environment for a student to experiment in. While only one of you had taken the opportunity to have a solo in the lecture, you were all happy to try it out now on headphones, where no-one else could hear. Until you wanted them to, anyway.

And that’s how a lot of this will go – I’ll show you performance and improvisation activities, talk about how they’re scaffolded with musicology, theory and aural, and then extended with technology. Some will only use tech a little bit, others will use it a lot. It’ll be fun – I promise.

And then I did my best to freak you out. Well, it was the first lecture. And I titled it Disruptive Learning, focusing on both the ideas of disruptive technology and the great shift required in how we approach learning in the 21st century.

Any teacher who can be replaced by a computer … should be. (Arthur C. Clarke)

I spoke at lengths about the shift which has already happened in the learning literacy of your students. We looked at some of Lisa Dawley‘s startling research into mobile learning, game literacy and social networking. I had distilled this to half a dozen of her slides, but while you’re reading, have a look at the originals in context:

We considered how social media services such as Twitter, blogging services such as WordPress, Blogger, Tumbr, Posterous or video sites such as YouTube are changing the dynamic of learning. If you need to know something, someone is probably happy to share that knowledge, if they haven’t already in the form of a tutorial, video lesson, blog post and so on. The sharing of knowledge is incredibly powerful and it is happening now – if YouTube is more engaging than your lessons, you’re starting in second place. So we revised the above quote to suggest Any teacher who can be replaced by YouTube, should be.

I might even dared to mention that Wikipedia … is a good thing! The pros far outway the cons, yes even in academic learning, and I’m sick and tired of the old “don’t use Wikipedia” mantra that behind the times institutions push out. They should be saying “use Wikipedia, it’s great, and here’s how…”. Or if there has to be a warning about using Wikipedia to learn, it should read “WARNING! BE CAREFUL OR YOU MAY LEARN FROM OTHERS.”.

I finished the lecture by taking you through summaries of thinking from some of the most popular authors of our time (popular doesn’t always have to mean non-academic), including Dan Pink‘s provocative book A Whole New Mind, the great work of Stephen Heppell and Sir Ken Robinson, and the geniuses I’ve been working with recently David Price and Ewan McIntosh. You can do worse than to go and find out more about these people, but I reminded you not to read anything on the reading list unless I tell you to. Which is pretty unlikely. We did watch a bit of Ken’s infamous 2006 TED talk, though, which is sadly just as true now as it was when he put it out there nearly 6 years ago.

If there has to be a warning about using Wikipedia to learn, it should read “WARNING! BE CAREFUL OR YOU MAY LEARN FROM OTHERS.”.

In the tutorial we did the simple improv/composition task in GarageBand, then we moved onto developing your own PLN. You signed up for a Twitter account, tweeted with the hashtag #UWSMTeach for the first time, and then set up a blog – probably on WordPress unless you decided to go it alone. You were asked to do two things – reflect on the Ken Robinson video, and update the About page, preferably with a photo so that I can try and learn your names in the short time we have together. You can see a list of all your blogs and the last few years’ blogs here.

I promised you lots of support on using WordPress, so here’s where it begins – a mix of videos I’ve made for this course over the last few years and also some new ones, and they’ll extend over the next few weeks.

Last but not least, this was what I posted in the tutorial on the day. A great bit of music making via video editing. Why wouldn’t you set this as a year 8 composition task? No really. Why not?